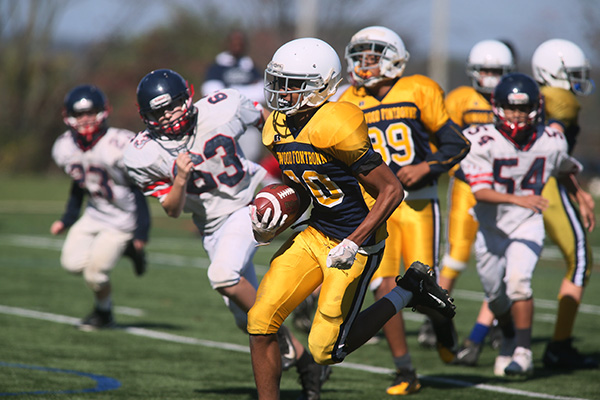 Norwood-Fontbonne Academy won the Catholic Academy League (CAL) Championship on November 9, at LaSalle College High School. The NFA Bears bested Holy Child School at Rosemont, to win its fifth CAL title in six years, with a score of 13-0. The Bears’ overall season record was 6-1, with the only game loss to Rosemont earlier in the season. “We knew it was going to be a tough game since Rosemont was the one school that beat us, 21-13. It was probably the hardest game of the season,” says Coach Jim Rockenbach. “Our players did an amazing job. I’m so proud of our student-athletes this season. They played with dedication and pride all year.”